Opinion: The machine is always right in Alberta’s municipal elections — and that’s wrong

Originally published in the Calgary Herald Opinion section on November 30, 2021. 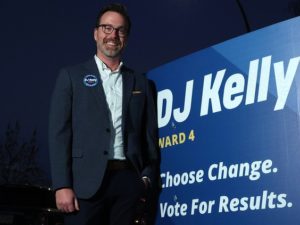 The day after Calgary’s municipal elections, the results said I lost Ward 4 by 52 votes. With it that close, I felt compelled to request a recount, just to be sure. What I thought would be a simple verification of the results would soon reveal that the rules governing our municipal elections in Alberta are fundamentally broken.
The Local Authorities Election Act governs how all Alberta municipal elections are held. It goes into excruciating detail about how ballots are handled and the roles of everyone involved. Unless your municipality decides to use a machine in the vote-taking process, then the details and rules no longer apply. Literally.

Because Calgary’s returning officer chose to use tabulators to achieve a result a couple of hours earlier, my request for a hand recount was impossible. According to Section 98(2) of the act, a recount could only be done with a tabulator, which expectantly would produce the same result.

Even if we accept that, when the final official count was tallied, the total vote count suddenly jumped by 506. One machine had failed to report its results despite the system indicating it had. Aside from this (and the two polls that also had counting issues on election night), we’re told the machines counted correctly.

This left a judicial recount as the only option, a common process available in every election. We hired a lawyer, filed our application and paid the fee.A short time later we heard from the city’s lawyer that the application was illegal and should be disallowed. It was pointed out that Section 84(3) of the act states if a municipality uses a machine, judicial recounts are banned. As undemocratic as that sounded, after rereading the section, my lawyer and I reluctantly agreed that is indeed what the act says.This means that Calgary just held an election in which not a single person looked at the ballots and no one, not even a judge, can legally do so. Under current legislation, no matter the argument or reasoning, for the first time in our 116-year history, there is no way to check the results.
The evidence is right there, at Elections Calgary — every vote on every ballot. But there is no process available to verify it. (A point that will soon be moot as Tuesday is the first day they are legally allowed to destroy them.)Limiting the transparency of our electoral process and the ability to question it sounds like a conspiracy theory or a tactic from a strong-arm government in an undemocratic country. But it is the reality here in Alberta, and while this election is over now for me, this legislative gap cannot be left open.We can start with the incremental: the sections disallowing a judicial recount and banning a hand recount if a machine is involved must be removed. We’ve always been taught that our system is based on checks and balances, but that is currently a broken promise.
An automatic recount trigger also must be added to the legislation. Some jurisdictions use 0.5 per cent. (For what it’s worth, the margin separating Sean Chu and me was 0.3 per cent.)We also have to talk about the list of electors. The city’s elections bylaw makes creating a list of electors mandatory but also makes using it optional. To avoid all of the conspiracy theories of people voting outside their ridings or voting multiple times, there must be a list against which these actions can be checked and a process to confirm this happened.

In the days, weeks and months ahead, I’ll be convening Albertans who believe we need to fix this broken system. If you want to help, you can connect with me through my website djkelly.ca or you can write to Municipal Affairs Minister Ric McIver directly.

We deserve elections that are accountable. We deserve transparency. And we deserve to know, without question, the results of our elections.

DJ Kelly is a community engagement professional and an unsuccessful candidate for Ward 4 on Calgary’s city council.